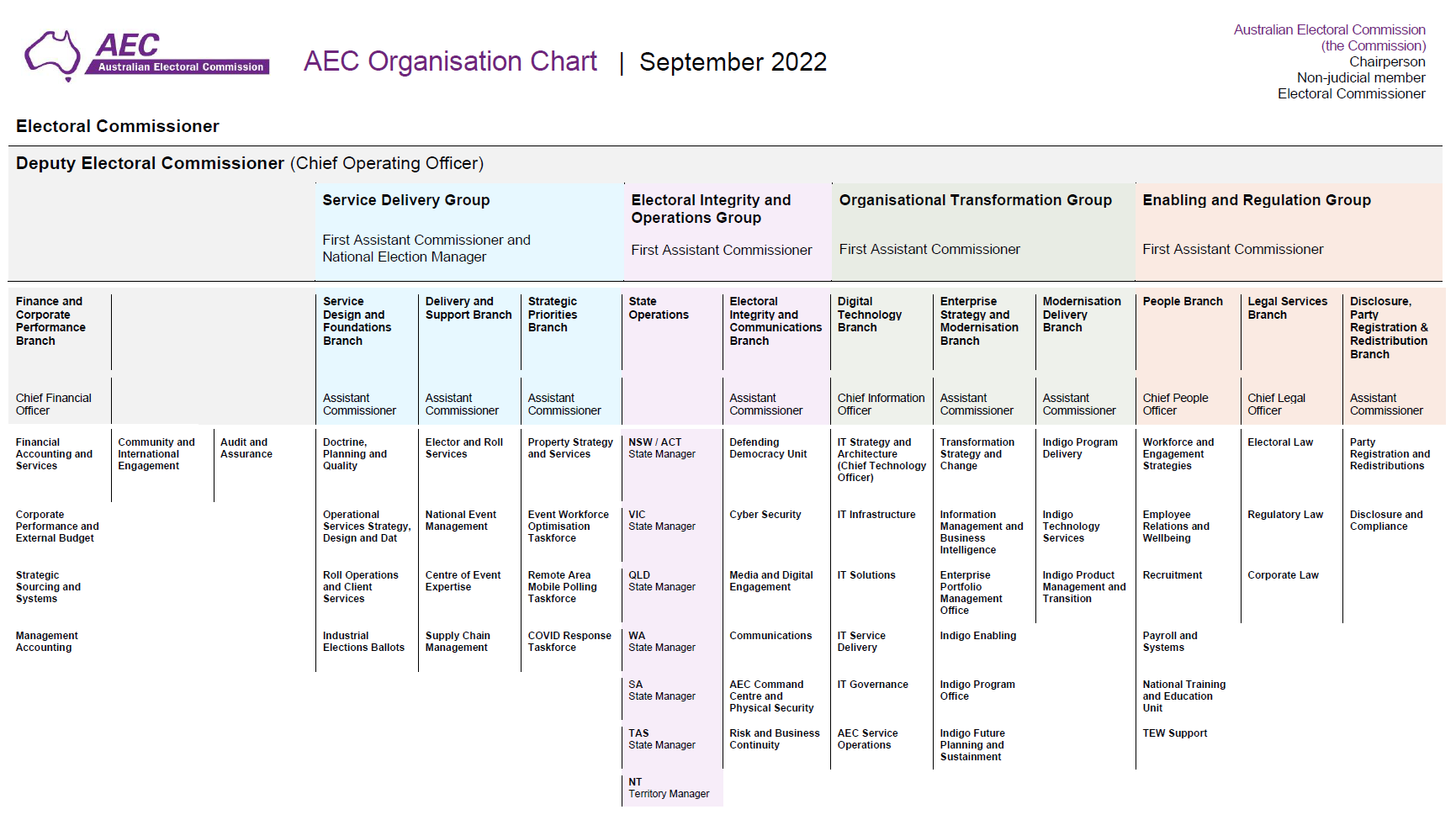 State managers, who hold the statutory appointment of Australian Electoral Officer (AEO), are responsible for electoral activities within their state or territory.

The AEC has a three-tier structure:

State offices are located in each state capital. The Northern Territory office is in Darwin. The Australian Capital Territory (ACT) is managed by the NSW State Manager except during election periods, when an AEO for the ACT is appointed.

Each electoral division has a Divisional Office Manager appointed under section 22 of the Public Service Act 1999, who performs the functions of Divisional Returning Officer under subsection 32(1) Commonwealth Electoral Act 1918.

The Special Minister of State has responsibility for electoral matters.

The Commission is headed by a Chairperson, who must be an active or retired judge of the Federal Court of Australia. The other members are the Electoral Commissioner and a non-judicial member.

The current members of the Commission are: